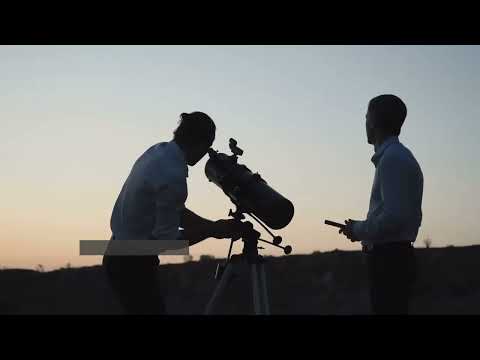 COLUMBUS, Ohio — The fact that Earth is the only habitable planet within our solar system has fueled scientists to investigate other solar systems for possible signs of life. Even with the vast advances in technologies, scientists have not been able to observe planets in other galaxies, much less determine the chemical makeup of their atmospheres – until now.

This new telescope, called the James Webb Space Telescope (JWST), has the capability to view exoplanets that are light-years away from Earth. It can also scan their atmospheres for life-sustaining gases. Perhaps most incredibly, this information can be gathered in just 60 hours. “What really surprised me about the results is that we may realistically find signs of life on other planets in the next five to ten years,” says Caprice Phillips, a graduate student at The Ohio State University and author of the research, in a statement.

Using data provided by previous JWST orbits, she projected that it would be able to find ammonia in the atmosphere of gaseous exoplanets, all while circling the planets a few times. Phillips, along with her colleagues, created a sorted list of planets by which JWST would observe for signs of life after modeling how the telescope’s equipment would react to different atmospheres.

The JWST is set to launch on December 18, 2021. It will orbit six specific exoplanets, including the dwarf planet K2-18B. These gaseous planets are larger than Earth, but may have the capacity to harbor life. K2-18B, in particular, has been shown to contain water and life-sustaining temperatures.

“Humankind has contemplated the questions, ‘Are we alone? What is life? Is life elsewhere similar to us?'” says Phillips. “My research suggests that for the first time, we have the scientific knowledge and technological capabilities to realistically begin to find the answers to these questions.”