SÃO PAULO, Brazil — Injections of Zika virus into brain tumors show an ability to destroy cancerous cells without causing neurological harm to other organs in the body. Researchers in Brazil say the mosquito-borne illness may provide a surprising new treatment option for the 25,000 new patients who develop brain tumors each year in the United States.

The study found that injections of the virus into both mice and cerebral organoids (lab-grown mini-brains) prevented tumors from spreading and also reduced their size. In both animal and mini-brain experiments, cytokines developed to suppress tumor growth after the injections. These inflammatory proteins help to regulate the immune system’s response to infections.

Defense cells also migrated to the brain area where the tumor was and alerted the immune system to its presence.

“One of the key points, confirming previous research, was recruitment of the immune system, which assured a good response to the treatment. Both viral action pathways are very important, enabling the virus to act on a larger number of tumors than we initially foresaw,” says Mayana Zatz, principal investigator for the University of São Paulo’s Human Genome and Stem Cell Research Center (HUG-CELL), in a media release.

Traditional therapies for these cancerous tumors, which typically develop in children, are largely ineffective and lead to severe side-effects. The new study also pinpoints how much Zika it takes to kill these tumors.

“In any attempt at treatment, you need to know the dosage and administration route. In our study, three doses of systemic intraperitoneal injections of zika at seven-day intervals produced promising results in the models,” reports Raiane Ferreira, first author of the study. 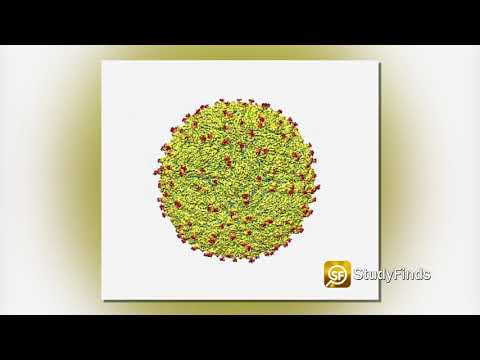 The virus has a concerning history of causing birth defects

Zika fever spread through the Americas between 2015 and 2016, carried by the Aedes aegypti breed of mosquito. While most cases of Zika are asymptomatic, scientists found a link between the illness and neurological complications. In adults, these complications can lead to developing Guillain-Barré syndrome or meningitis. In newborns, however, Zika can cause malformations of the skull, or microcephaly.

Zatz collected genetic samples from infants with congenital Zika syndrome to see how this virus interacts with the human body.

“Neural progenitor cells contribute to the formation of the brain and central nervous system. We collected samples from discordant twins, only one of whom had microcephaly. We bred cell lines from these progenitors in the lab. We then infected them with zika to find out how the virus behaved. That led to the idea of testing it on brain tumors, which are rich in this type of cell,” Zatz explains.

After testing viral inoculations in several stages to determine the right dosage for the mice, researchers found similar results in brain organoids. The team added tumor cells to these mini-brains, which quickly attached themselves to the organs and started spreading. Exposing the tumors to a viral infection stopped their progression, confirming Zika’s intense cancer-killing effect. Moreover, the study finds Zika breaks down cancer cells, but does not do the same to normal cells.

Researchers are now looking to repeat these experiments with dogs, before hopefully moving on to humans.

“Dogs are extremely important models before we start thinking of tests involving human patients,” Zatz concludes. “They have tumors that closely resemble human tumors and a preserved immune system. It will be possible to analyze different types of tumor.”

The study is published in the journal Viruses.

Best Super Bowl Commercials Of All-Time: Top 5 Most Memorable Ads, According To Experts19 mins ago

Live near a busy road? It could lead to a common hearing problem1 hour ago