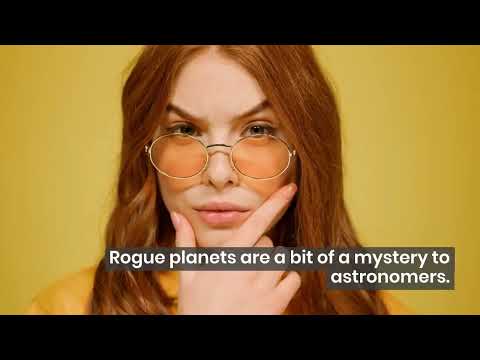 BORDEAUX, France — Nearly 200 giant planets have been spotted moving aimlessly through space, according to a remarkable discovery by astronomers. Researchers from the European Southern Observatory say these “rogue planets” float in space and don’t orbit a star — like the Earth and the rest of the planets in our solar system do.

The planets are in a star-forming region relatively close to our Sun in the southern constellations of Upper Scorpius and Ophiuchus. Although there may be billions of these rogues out there in the Milky Way, the 170 scientists found in this section of the galaxy represents the largest group of rogue planets discovered to date.

“We did not know how many to expect and are excited to have found so many,” says study first author Dr. Nuria Miret-Roig of Bordeaux University in a media release.

Rogue planets are a bit of a mystery to astronomers. For comparison, our Sun has at least eight planets orbiting it (nine if you count Pluto). From what scientists can tell, most other stars also have planets circling them as well.

Planets ‘glowing’ in the dark

An international team combined observations from space and ground-based telescopes to spot the rogues. Since these mysterious worlds float far away from any star that could illuminate them, it would normally be impossible to image. However, even in the few million years after their formation, they are still hot enough to glow.

Sensitive cameras on the VLT (Very Large Telescope) and VISTA (Visible and Infrared Survey Telescope for Astronomy) identified them directly. Around 70 of these masses are similar to Jupiter and would be too cold to support life as we know it.

To spot so many at one time, the researchers also used data spanning about 20 years from a number of different telescopes, including the European Space Agency’s Gaia satellite. It’s a big step in the exploration and understanding of our universe.

“We measured the tiny motions, the colors and luminosities of tens of millions of sources in a large area of the sky,” explains Miret-Roig. “These measurements allowed us to securely identify the faintest objects in this region, the rogue planets.”

“The vast majority of our data come from ESO observatories, which were absolutely critical for this study. Their wide field of view and unique sensitivity were keys to our success,” adds project leader Dr. Herve Bouy. “We used tens of thousands of wide-field images from ESO facilities, corresponding to hundreds of hours of observations, and literally tens of terabytes of data.”

Are rogue planets all over the galaxy?

The study, published in the journal Nature Astronomy, suggests there could be many more of these elusive, starless planets out there. In fact, they may even outnumber the stars themselves.

“There could be several billions of these free-floating giant planets roaming freely in the Milky Way without a host star,” Dr. Bouy says.

Analyzing the newly found rogues could reveal clues to how these planets form. One theory is that they are collapsed gas clouds which are too small to become full-fledged stars. Another theory is they were previously orbiting a host star before breaking loose of their gravitational pull.

The team hopes to continue studying these objects using the ESO’s Extremely Large Telescope (ELT), currently under construction in the Chilean Atacama Desert.

“These objects are extremely faint and little can be done to study them with current facilities,” Bouy continues. “The ELT will be absolutely crucial to gathering more information about most of the rogue planets we have found.”

The exact number of rogue planets the team discovered is hard to pin down because scientists can’t get accurate measurements of each planet’s mass. Those which are about 13 times bigger than Jupiter are most likely not planets and the team is not including those in their findings.

So, study authors analyzed each rogue’s brightness to provide an upper limit to the number scientists believe are floating through space. The brightness is related to the object’s age, with older planets being dimmer and cooler.

A previous study by U.S. scientists suggests that the Milky Way could be home to more than 100 billion rogue planets.