SEATTLE — Should the new age limit for alcohol be 40 years-old? A new study says avoiding booze is the only way for younger people to avoid risking damage to their health.

The findings reveal that just one drink a day is too much for anyone under 40, however, there could be some health benefits for older adults. Scientists say guidelines should be revised to emphasize consumption levels by age and also location, based on disease rates in different areas of the world.

“Our message is simple: young people should not drink, but older people may benefit from drinking small amounts,” says senior author Professor Emmanuela Gakidou from the University of Washington in a media release.

“While it may not be realistic to think young adults will abstain from drinking, we do think it’s important to communicate the latest evidence so that everyone can make informed decisions about their health.”

The study authors believe initiatives should target young men as they are most likely to drink to excess, particularly those in western and central Europe and Australasia.

“Although the risks associated with alcohol consumption are similar for males and females, young males stood out as the group with the highest level of harmful alcohol consumption,” Prof. Gakidou continues. “This is because a larger proportion of males compared to females consume alcohol and their average level of consumption is also significantly higher.”

Over a billion people drank too much in 2020

It found drinking provides no health benefits for 15 to 39-year-olds — only risks. Almost six in ten (59%) of those who had unsafe amounts of alcohol were in this age group, with more than three-quarters being men.

However, in people over 40, the study finds a glass or two of red wine a day can protect against cardiovascular disease, stroke, and diabetes. They explain that dark grapes are rich in antioxidants.

The study in The Lancet is the first to say young people face higher risks to their health from alcohol than older adults, even if they consume the same amount.

The findings were based on consumption estimates in 204 countries and territories. They were compared to 22 health outcomes including injuries, cardiovascular diseases, and cancers. The international team analyzed data for males and females between 15 and 95 between 1990 and 2020.

In every region, the largest segment of the population drinking unsafe quantities were males between 15 and 39. Sixty percent of alcohol-related injuries occurred among people in this age group including motor vehicle accidents, suicides, and murders.

How much should people really be drinking?

The results enabled the team to calculate the average daily intake of alcohol that minimizes risk to a population. They also showed how much a person can drink before taking on excess risk to their health compared to a teetotaler.

The recommendation for 15 to 39-year-olds is 0.136 standard drinks per day — a little more than one-tenth. It’s slightly higher for female peers at 0.273 — about a quarter of a glass.

Health experts define a standard drink as 10 grams of pure alcohol, the equivalent of a small glass of red wine, a bottle of beer, or a shot of whiskey or other spirits. For 40 to 64-year-olds, safe alcohol consumption levels ranged from about half a drink per day to almost two for both men and women. For people over 65, the risk to health increased after consuming a little more than three drinks per day. In healthy people over 40, small amounts may improve health, particularly in populations that predominantly face a higher burden of cardiovascular diseases.

“Even if a conservative approach is taken and the lowest level of safe consumption is used to set policy recommendations, this implies that the recommended level of alcohol consumption is still too high for younger populations,” says lead author Dr. Dana Bryazka.

“Our estimates, based on currently available evidence, support guidelines that differ by age and region,” Bryazka concludes. “Understanding the variation in the level of alcohol consumption that minimizes the risk of health loss for populations can aid in setting effective consumption guidelines, supporting alcohol control policies, monitoring progress in reducing harmful alcohol use, and designing public health risk messaging.”

About one in three people worldwide – 2.5 billion – drink alcohol. Each year 2.2 percent of women and 6.8 percent of men die from alcohol-related health problems. These include cancer, tuberculosis, and liver disease. Other harmful consequences of drinking include accidents and incident of violence. 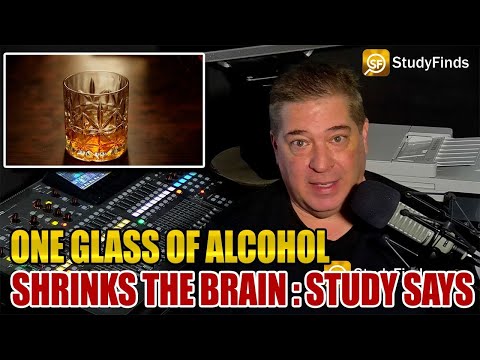 Best Digital Picture Frames In 2023: Top 5 Displays Most Recommended By Experts43 mins ago