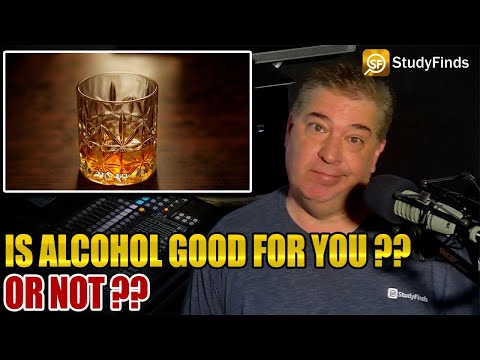 BOSTON — Countless people subscribe to the belief that a nightly glass of wine does wonders for the heart and cardiovascular system. New research from Massachusetts General Hospital, MIT, and Harvard, however, is calling for closing time on theories stating moderate alcohol use is good for the heart. Scientists explain any prior observed scientific connections between the occasional beer or glass of wine and robust cardiovascular health likely resulted from other lifestyle factors usually seen among light to moderate drinkers.

In fact, this latest and quite large research project ultimately concludes drinking any amount of alcohol is linked to an increased risk of heart disease.

A total of 371,463 adults were examined for this project, with the median age being 57 years old. Average alcohol consumption on a weekly basis was 9.2 drinks. It’s worth mentioning that all of this data was originally collected for the UK Biobank, a major and ambitious on-going biomedical database and research resource collecting in-depth genetic and health information.

Similar to prior relevant studies, the research team initially noticed that moderate drinkers tend to show lower rates of heart disease. People who avoided drinking altogether were more likely to develop heart disease, but heavy drinkers were the most at-risk group by a wide margin.

Importantly, though, moderate drinkers were also living much healthier lives in general than any of the other participants, even those abstaining from alcohol altogether. These subjects, typically, reported exercising more, eating more vegetables, and less smoking. When study authors included such lifestyle factors into their calculations, any cardiovascular benefits tied specifically to moderate alcohol consumption essentially disappeared.

The research team applied the absolute latest version of a technique called Mendelian randomization. This process entails the use of genetic variants to identify whether or not an observed link between a specific exposure and an outcome is consistent with a causal effect. In simpler terms, does light alcohol consumption actually cause stronger heart disease protection?

“Newer and more advanced techniques in ‘non-linear Mendelian randomization’ now permit the use of human genetic data to evaluate the direction and magnitude of disease risk associated with different levels of an exposure,” says senior study author Dr. Krishna G. Aragam, a cardiologist at MGH and an associate scientist at the Broad Institute, in a statement. “We therefore leveraged these new techniques and expansive genetic and phenotypic data from biobank populations to better understand the association between habitual alcohol intake and cardiovascular disease.”

When genetic samples were taken and analyzed from patients, the results indeed indicated subjects with genetic variants predicting higher alcohol consumption were more likely to drink more alcohol, as well as more likely to have or develop hypertension and coronary artery disease.

Alcohol does more harm for heart health than good

The study reports both men and women can potentially put themselves at greater risk of heart issues depending on their alcohol habits. Small risk increases were noted while shifting from zero to seven drinks per week. Meanwhile, much higher risk increases were seen while progressing from seven to 14 drinks per week, and even higher risk profiles among both genders were recorded when consuming 21 or more drinks on a weekly basis.

Very notably, these findings even suggest levels of alcohol consumption currently deemed “low risk” by the U.S. Department of Agriculture (less than two drinks daily for men and one drink daily for women) can raise one’s risk of heart problems.

All in all, the study finds we should all probably do our best to avoid alcohol altogether. If you drink a few alcoholic beverages per day or week, try and cut back, but the ideal solution is to put down the bottle altogether. Research also suggests that the relationship between alcohol consumption and heart health is exponential not linear. In other words, people who drink a lot stand to benefit more from a cardiovascular perspective by lowering their intake than moderate drinkers.

Best Barbecue Sauce for 2023: Top 5 Marinades Most Recommended by Experts1 hour ago

Best Tablets For Kids In 2023: Top 5 Devices Most Recommended By Experts3 hours ago