WASHINGTON — Exercise is great for anyone’s body and mind, but researchers with the American College of Cardiology say that exercising regularly may actually do more for the heart health of those struggling with stress-related conditions. Scientists at Massachusetts General Hospital found that habitual exercise offered double the cardiovascular benefits among people dealing with depression or anxiety in comparison to others without such diagnoses.

This is just the latest in a long list of recent studies to discover a link between working out and the activation of brain areas known to combat and ward off stress. Regardless of any stress conditions, researchers say adults regularly meeting the recommended amount of exercise weekly were 17 percent less at risk of suffering a major adverse cardiovascular event than their less active peers. Notably, those benefits were even greater among those exercising and living with either anxiety or depression. They enjoyed a 22 percent decline in cardiovascular risk compared to a 10 percent risk reduction among participants exercising regularly without either condition.

“The effect of physical activity on the brain’s stress response may be particularly relevant in those with stress-related psychiatric conditions,” says Hadil Zureigat, MD, postdoctoral clinical research fellow at Massachusetts General Hospital, in a media release. “This is not to suggest that exercise is only effective in those with depression or anxiety, but we found that these patients seem to derive a greater cardiovascular benefit from physical activity.”

It’s no secret that more and more people have been feeling both depressed and anxious ever since COVID-19 arrived on the scene and changed many peoples’ lives. Moreover, heart disease is a leading cause of U.S. deaths. Study authors posit this work makes a compelling case that exercising can help with both national problems.

Researchers analyzed the health records of over 50,000 patients in the Massachusetts General Brigham Biobank database. A little over 4,000 of those patients had suffered a major adverse cardiovascular event such as a heart attack, chest pain caused by a blocked artery, or surgery to open a blocked artery in the heart.

From there, they accounted for how depression and anxiety disorder diagnoses changed the statistical outcomes regarding heart events. This portion of the study revealed significant further heart benefits among such individuals. 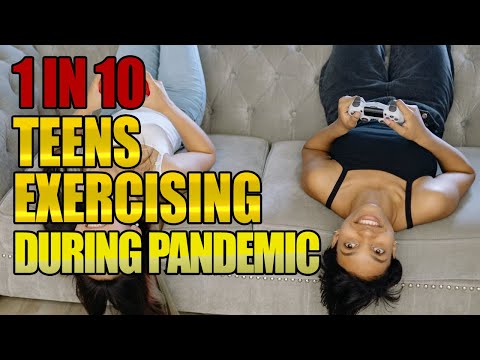 ‘Any amount of exercise is helpful’

This work actually builds on earlier research conducted by this team that used brain imaging to determine the effect of exercise on the brain’s various areas, specifically those known to deal with stress. That work had concluded people dealing with either anxiety or stress display higher stress-related neural activity in their minds as well as a higher risk of cardiovascular disease.

Study authors also note that no amount of exercise is too little when it comes to promoting a stronger heart. The more you move, the better shape your cardiovascular system will be in – even if you fall short of current exercise guidelines and recommendations.

“Any amount of exercise is helpful, particularly for those with depression or anxiety,” he concludes. “Not only will physical activity help them feel better, but they will also potently reduce their risk of cardiovascular disease. It can be hard to make the transition, but once achieved, physical activity allows those with these common chronic stress-related psychiatric conditions to hit two birds with one stone.”

The findings are being presented at the American College of Cardiology’s 71st Annual Scientific Session.