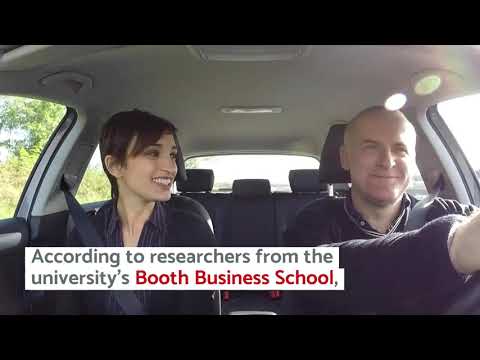 CHICAGO — It would seem that fewer motorists are getting behind the wheel while under the influence these days thanks to ride-hailing apps, namely Uber and Lyft, thus making the roads safer for the rest of us. But surprising evidence collected by researchers at the University of Chicago found that these services may actually be contributing to more traffic deaths, not less.

According to researchers from the university’s Booth Business School, motor vehicle fatalities and fatal accidents have increased by approximately three percent since the emergence of ride-hailing apps.

The research team reviewed traffic statistics in various U.S. cities both before and after Uber and Lyft were launched, respectively. They analyzed traffic volume, transportation choices, and accidents. While 32,885 people died on U.S. roads in 2010 — the lowest number since 1949 — that amount increased to more than 37,400 in 2016. According to the research, the introduction of ride-hailing services in major cities in 2011 increased the roadway death toll by about three percent annually nationwide, which translates to 987 people per year.

This increased rate of accidents even appears to be worsening as time goes on and these apps become more and more popular, according to lead researcher John Barrios, an assistant professor at Chicago Booth.

So, how exactly are ride-hailing apps leading to such a significant increase in accidents? Researchers say there likely isn’t one absolute answer, but they do hypothesize that Uber and Lyft are simply putting more cars on the road in general, which in turn leads to more accidents, injuries, and deaths. Finding a ride in major cities may only take a few minutes for users because there are so many drivers available.

It’s also worth noting that services like Uber and Lyft want to keep as many cars on the road as possible at any given time. That way, a car will always be available for a customer in need. This results in many ride-hailing drivers staying behind the wheel even when they don’t have a fare, and ultimately means more cars on the road throughout an entire day.

More than anywhere else, increased accident rates are occurring in larger cities, which have also seen a rise in new registrations since ride-hailing apps became available. This indicates that more and more city dwellers are turning to ride-hailing apps as a way to generate income. Bike and pedestrian fatalities from car accidents have also increased in major cities that have introduced ride-hailing apps.

Additionally, the research shows that many people are using the apps for trips that they probably would have just made by foot or bike just a few years earlier. “Surveys report that fewer than half of ride-hailing rides in nine major metro areas actually substitute for a trip that someone would have made in a car,” the study reads.

Working off of the U.S. Department of Transportation’s estimates for the financial cost of a road fatality, researchers estimated deaths due to ride-hailing apps have amounted to almost $10 billion. The study’s author’s concede that apps like Uber undeniably provide many benefits to customers and drivers alike, but also states: “still, the annual cost in human lives is nontrivial.”

The study was published on the online network SSRN.