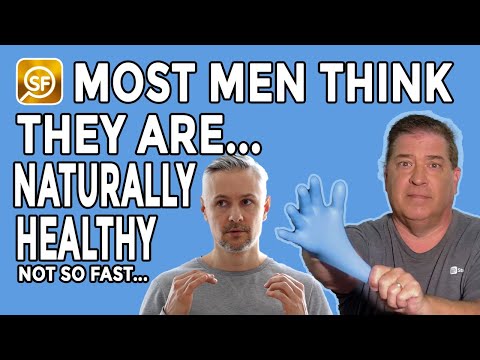 ORLANDO, Fla. — More than a third of men put the health of their pets before their own well-being, according to a new survey. Two-thirds (65%) believe they’re “naturally healthier” than others, while one in three (33%) don’t think they need an annual medical check-up.

Researchers from Orlando Health also found that 38 percent put the well-being of their dog or cat before their own health, according to the online poll of 893 American men over 18. Medical experts believe the main reason so many men avoid annual check-ups is because they are scared of what doctors might find.

“Even if you think you’re healthy and you’re not experiencing any symptoms, there can be developing issues that often go unnoticed and can also be life-threatening if left unchecked. Some of those include rising blood pressure that can be a ticking time bomb for a heart attack or stroke, as well as colon cancer, which is one of the most deadly yet preventable cancers that exist.”

No news is NOT good news

As a primary care physician, Dr. Kelley says he has heard “every excuse” for men skipping their appointments, but he says the underlying reason for avoiding the doctor’s office is often fear.

“If you’re a man and you haven’t been to the doctor in a while, you don’t really know what to expect,” Kelley adds.

“One of the big things that makes it less scary is having that great relationship with a primary care physician, and most men find the process to be easier than they thought. It takes about half an hour and by the end of the appointment you have the big picture about where you stand, what you’re at risk for and what you need to do for your health in the future.”

While that first appointment back can be nerve-racking, Dr. Kelley says building trust with your physician can help make conversations more comfortable and is what keeps many patients coming back year after year. Before doctors can build that relationship, however, they need to get patients in the door.

Dr. Google can be ‘extremely problematic’

The study found that more than a third of men (38%) often get medical advice from social media, which doctors say can be “extremely problematic” if they are not referencing reputable medical sources.

“Men tend to put their health last after their family, and apparently even after their dog or their cat,” the researcher continues. “But in order to take care of others in your life, you first have to take care of yourself, and that includes making that yearly appointment with your primary care doctor.”

Dexter Grant, 34, went 15 years without a check-up with his doctor.

“I went all of my adult life up to this point without a check-up, something I certainly do not recommend to anyone,” Grant says. “In your 30s you start to worry that every ache and pain could be the thing that takes you out, but you can’t just avoid the issue out of fear of what your doctor is going to tell you.”

With a clean bill of health, Grant is relieved to know that he is as healthy as he feels.

“Just having the peace of mind that there aren’t any lingering issues that can cause serious problems in the next year makes me a lot more confident that I’m on the right path,” Grant explains. “The process was surprisingly easy, and after a quick exam and some routine blood work, my first thought was that I should have done this a long time ago.”

Dr. Kelley says that it’s never too late to get caught up on routine appointments and screenings but adds the sooner people can take control of their health, the better.

“It’s much easier to go to the doctor once a year for a wellness checkup and make certain that you’re not developing diabetes, high blood pressure or a heart problem, than to find yourself in an intensive care unit needing heart bypass surgery because you didn’t look into those things,” Kelley concludes.